The best practice with cancer is to catch it in its early stage wherever possible. Once a diagnosis of breast cancer has been made doctors generally prescribe a series of treatments – these usually include radiation therapy. This is an essential modality in the treatment of numerous cancers. As many as 50% of cancer patients will receive radiation therapy as part of their treatment. This therapy is used for various types of cancer but unfortunately in approximately 95% of cases this necessary treatment results in skin injuries. The skin injury that often occurs after radiation is called radiation dermatitis.

A common treatment schedule for breast cancer would include radiation treatment once a day for five days a week (usually Monday through Friday). This is repeated for five or six weeks. This schedule is also commonly used in people who require radiation to the lymph nodes. Radiation therapy is also recommended after the removal of a malignant mass or lump. In these cases the treatment course is once a day for 5 days a week, repeated for anything from 1 to 6 weeks depending on the size of the lump.

Radiation can, apart from treating the cancer, cause damage to the healthy skin in the area of the treatment. The skin damage ranges from redness to open sores. Radiation dermatitis is difficult to treat, especially as the radiation therapy is still taking place. In some cases it can end up with the patient requesting to stop their treatment, due to the pain caused by the resulting dermatitis.

Acute radiation injury to the skin, which generally occurs during the first four weeks, may include redness, skin darkening (pigmentation) or even result in an open wound called a radiation ulcer. The treatment causes considerable inflammation which also causes pain, swelling and redness, and the area will feel hot.

Once the radiation ulcer has healed it may also leave considerable scarring on the skin.

Trifectiv® Plus Wound & Burn Care shows huge promise for the treatment of burns from radiation.

Medical grade hypochlorous acid (HOCl), the active ingredient in Trifectiv®Plus Wound & Burn Care, stops the inflammation and ulceration that often happens with radiation treatment. It also aids in healing the wounds. Lastly, Trifectiv® has proven to be effective against all bacteria that infect open wounds. Its use ensures rapid healing of any radiation injury.

This complication of radiation therapy for cancer can be anticipated, and the use of Trifectiv® can be started early in the treatment. This will help to avoid the ulceration stage of any skin damage, allowing the treatments to be completed as planned. The result suggests that the treatment of radiation wounds with Trifectiv® should be offered to patients that have to undergo radiation for cancer and used in conjunction with these treatments from the start. 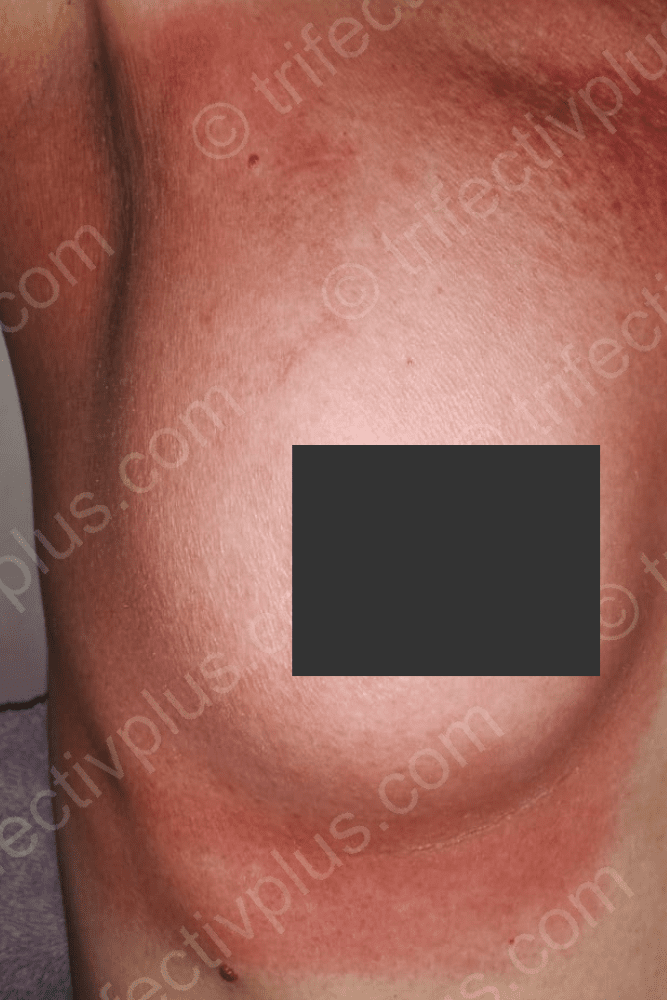 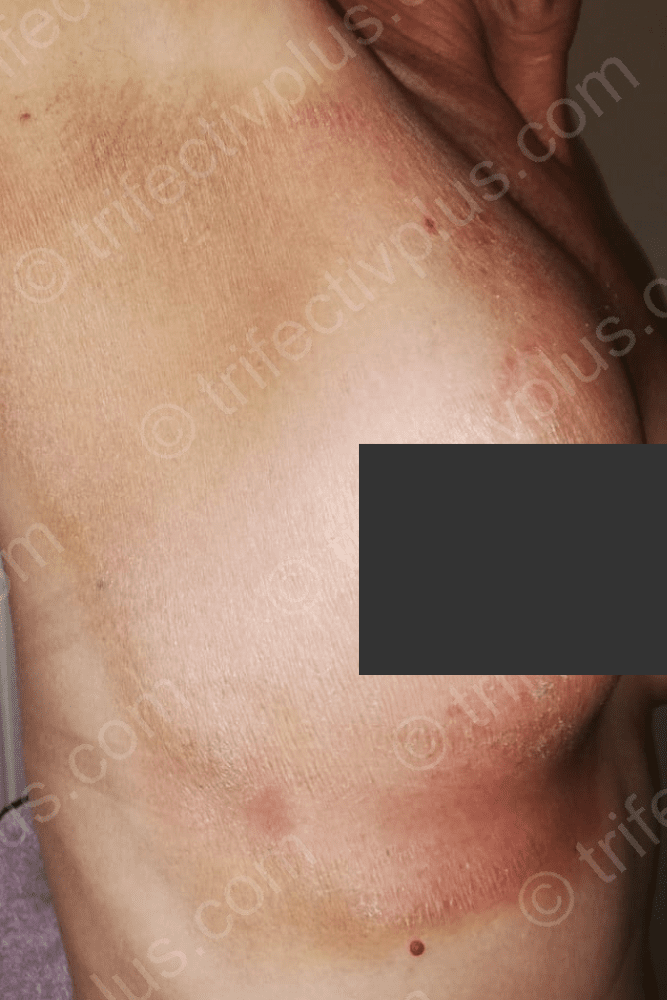 The patient presented with a breast tumour and radiation was part of her treatment. During treatment, she developed painful inflammation on the breast skin. By spraying Trifectiv® on the inflamed skin three times daily, the skin quickly returned to normal, and her pain abated rapidly. The patient had wanted to stop treatment due to the pain, but after using Trifectiv® she was comfortable to continue and finish her radiation course, giving her the best chance of beating her cancer.